My name is Jonatan Piña Duluc, I am a composer and multi-instrumentalist from the Dominican Republic. I’ve won the country`s most important composition competition the Premio Nacional de Música in six occasions on three different categories: Symphonic/Choral, Chamber music and Latin Dance music. Apart from these he has interests in Jazz, Rock, Latin Troubadour, Dominican folklore and everything eclectic. Influences go from Frank Zappa to Giorgy Ligueti, John Zorn, Luis Dias, Luis Alberto Spinetta, Living Colour, John Coltrane, Slayer, Juan Luis Guerra and many  artists that you wouldn`t find in the same shelf of a record store.

On January 14th My third solo album was released on Bandcamp. The album is a collection of suites and pieces written for film or inspired by film as storytelling. It’s style goes from quiet soundtrack type of avant garde pieces to epic Afro-Dominican Jazzodelic Progressive movements. You can get it on pre-order right now!!!

On october 23 of 2018 I   released my  second solo album called Substancia.

On this record I explored facets of the  avant-garde, free-jazz, psychedelia and rock in opposition from an Afro-Dominican and Caribbean perspective.

On 2017 I released  Drip/Culebra, a collection of avant-garde and experimental pieces and my firs tsolo record.

Listen and purchase it on Bandcamp

This piano piece from one of my award-winning classical works

A prog-fusion band that explores various possible mixtures of rock, jazz, dominican folk and progressive music. In this group Jonatan plays the guitar and sings. Three albums  released independently plus a Live DVD/digital album and a free compilation with previously unreleased tracks (2017) https://progshinerecords.bandcamp.com/album/balance.

Check the video below! A jazz quartet focusing on Dominican rhythms and melodies as a vehicle for improvisation. In this group he plays the saxophone, the other band members are Rigo Cabrera on bass, Hipolito Jean on keyboards and Arturo Saleta on Drums. The band has  released  their first record called simply «Live!!!» on October 2016.

Listen or purchase on Bandcamp!Check the video!

A Nu-jazz, Afro-Dominican Jazz ensemble dedicated to playing the music of guitarist-composer Isaac Hernández in which Jonatan Piña plays the saxophone. The group has just released its debut album called «Perspectiva». You can listen to it and buy it right here!!! http://www.cdbaby.com/cd/isaachernandezquintet 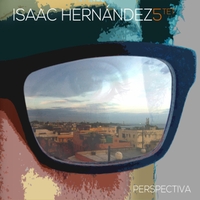 A weekly concert/jam session  that has taken place in the city of Santiago for over fifteen years. A true tradition of the country`s alternative music culture. Jonatan has been playing  in these musical nights sessions for over ten years now. Other projects he has been involved or collaborated with over the years are ICSR PROJECT, an experimental urban music group from Santo Domingo, two albums 2001, 2003.