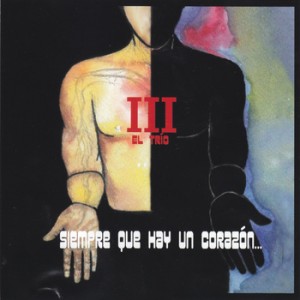 Siempre Que Hay Un Corazón… (Whenever there is a heart) is their first album and it was self released on 2007.

For me is amazing to listen to a band like El Trio and to realize that superb music doesn’t need to come from USA or England. In fact I know that, but to be reassured of that is always good.It’s also amazing to me how good the band was for a first recording, giving that they took 2 years to complete the recordings this just goes to show. Also, the overal quality of the recording is top notch!

I don’t like the term Latin Jazz, I think it is useless as a tag for music, but I cannot deny the fact that El Trio has Latin moments. If in one side they can be very edgy and Rock like in ‘Crisálida’ on the very next track the Latin flavour appears in ‘Como Un Mensaje’ and also on the mix of Jazz and Latin music of ‘Otro Muerto’.

Ratings: 1
Cataloged: 2
4 out of 5 stars
progshine CDGood as fuck (Listen every now and then)

Overall an amazing debut album and you can take a look on their Bandcamp page to prove: