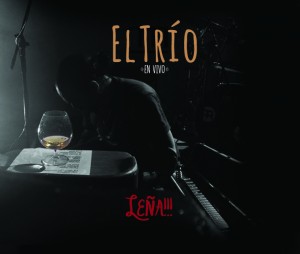 For the last 10 years El Trio has been a staple in the turbulent waters of the Dominican underground and alternative music scene. When they started out in their hometown of Santiago the city was blooming with new bands, and venues; now most of those are long gone and only El Trio remains. It has remained; going against the grain, doing their own thing, melding rock, jazz, prog, Dominican song and folklore into a sound that belongs only to them. El Trio has cultivated a serious following and earned the respect of fellow musicians, international critics and fans alike.
A decade of work, three studio albums in the pocket and it`s been a rough ride. Now for their tenth anniversary they plan to do a series of releases to mark this moment in their history and to celebrate their persistence. The first of these is the DVD Leña!!! (Wood). It is a one night`s concert filmed on location, all first takes recorded in separate tracks and mixed in the studio. The result is a very intense, realistic and beautifully direct experience of a concert. The DVD will be released and available for on-line viewing, downloading of audio tracks and purchasing on the 29th of September.  For now thery`re runing a pre release special, the DVD includes a free download of their second album, and all the audio tracks from the DVD can be downloaded for free at: 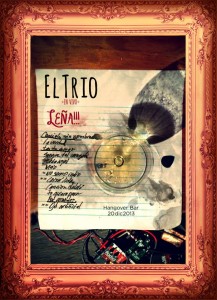 Other releases that will follow in the 10th anniversary celebration include a 16 track compilation that will feature songs from all albums with the official opening of the bands new web-page in the fall and a semi-acustic album later on.